ZooKeeper is a centralized service for maintaining configuration information, naming, providing distributed synchronization, and providing group services. All of these kinds of services are used in some form or another by distributed applications. 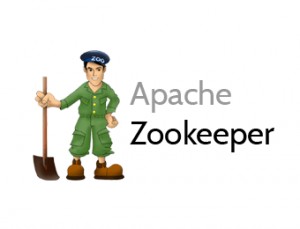 ZooKeeper aims at distilling the essence of these different services into a very simple interface to a centralized coordination service. The service itself is distributed and highly reliable. Consensus, group management, and presence protocols will be implemented by the service so that the applications do not need to implement them on their own. Application specific uses of these will consist of a mixture of specific components of Zoo Keeper and application specific conventions.

ZooKeeper allows distributed processes to coordinate with each other through a shared hierarchical name space of data registers (we call these registers znodes), much like a file system. Unlike normal file systems ZooKeeper provides its clients with high throughput, low latency, highly available, strictly ordered access to the znodes. The performance aspects of ZooKeeper allow it to be used in large distributed systems. The reliability aspects prevent it from becoming the single point of failure in big systems. Its strict ordering allows sophisticated synchronization primitives to be implemented at the client.