Script Manager records the script, and manages and applies parameterization and correlation. Users can further insert transactions in the script and can verify by putting checkpoints.

A Script represents a typical session of a web application’s user interaction. It has a well-defined structure and keeps documentation of web application user actions. NetStorm executes a script to emulate a web user activity. A script can be executed several times during a test.

A session represents a sequence of page navigation by a user. Session count is the number of occurrences of sessions. It depends on the number of pages a user is accessing and a total number of users.

Fixed Session Rate or FSR indicates that while running a scenario, session rate is fixed.  Once a Vuser is removed from the system, the connection is closed. The user injects into the system as per the need. To achieve the session rate as defined in the scenario, users come into the system. Scenarios on FCUs are of the following types:

Fixed Concurrent User or FCU indicates that while running a scenario, the number of users is fixed before the start of the test.  Scenarios on FCUs are of the following types:

It is really unrealistic for any real user to just keep clicking the pages one after the other without pausing to look at them. The user spends some time viewing the pages that are downloaded. The average viewing time depends upon the page contents & the user’s familiarity with the page. Each page may be assigned a think time. If a think time is not associated with a specific page, the default page thinks time would be used for such pages. Page Think Time is also called Page View Time (after a page is downloaded).

There are the following types of Scripts: 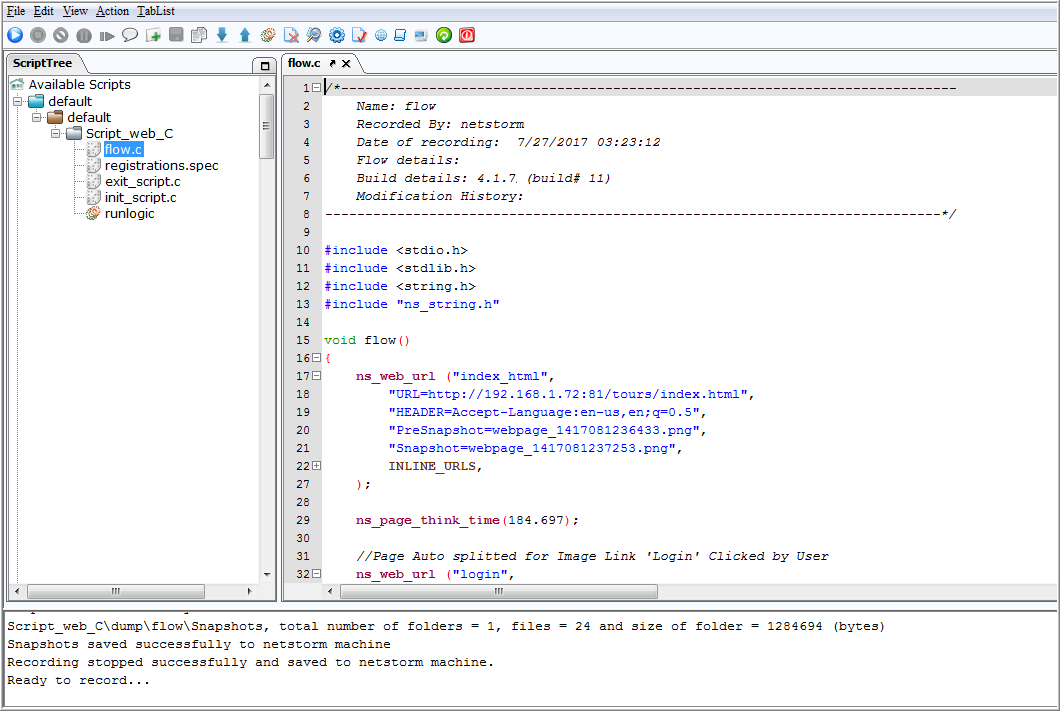 A detailed description of each file of the Script structure is provided below:

A Script consists of a list of directories – Dump Directory, and runlogic.c. A detailed description of the Script Manager Directory structure is provided below:

Follow the below-mentioned steps to login into the NetStorm portal:

3. Go to Script on the top panel and then click the Launch Script manager icon

4. The system prompts them to open the recorder.jsp file. Select the Open with option and Click OK. Note: The procedure for Launching Script Manager may vary based on the Browser and other settings. 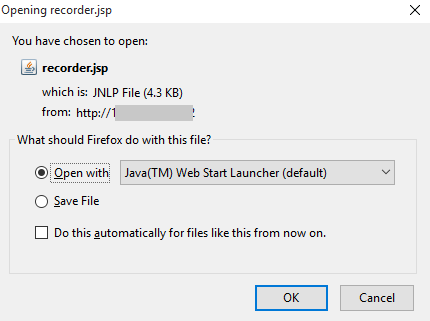 5. Once the application is downloaded and verification is completed, the security warning dialog box is displayed as shown in Figure 6. 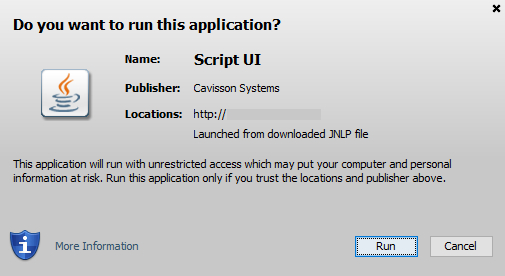 6. Click the Run A dialog box for getting the script message displayed in Figure 7.

7. After getting Scripts and loading the background files, the Script Manager window is displayed. 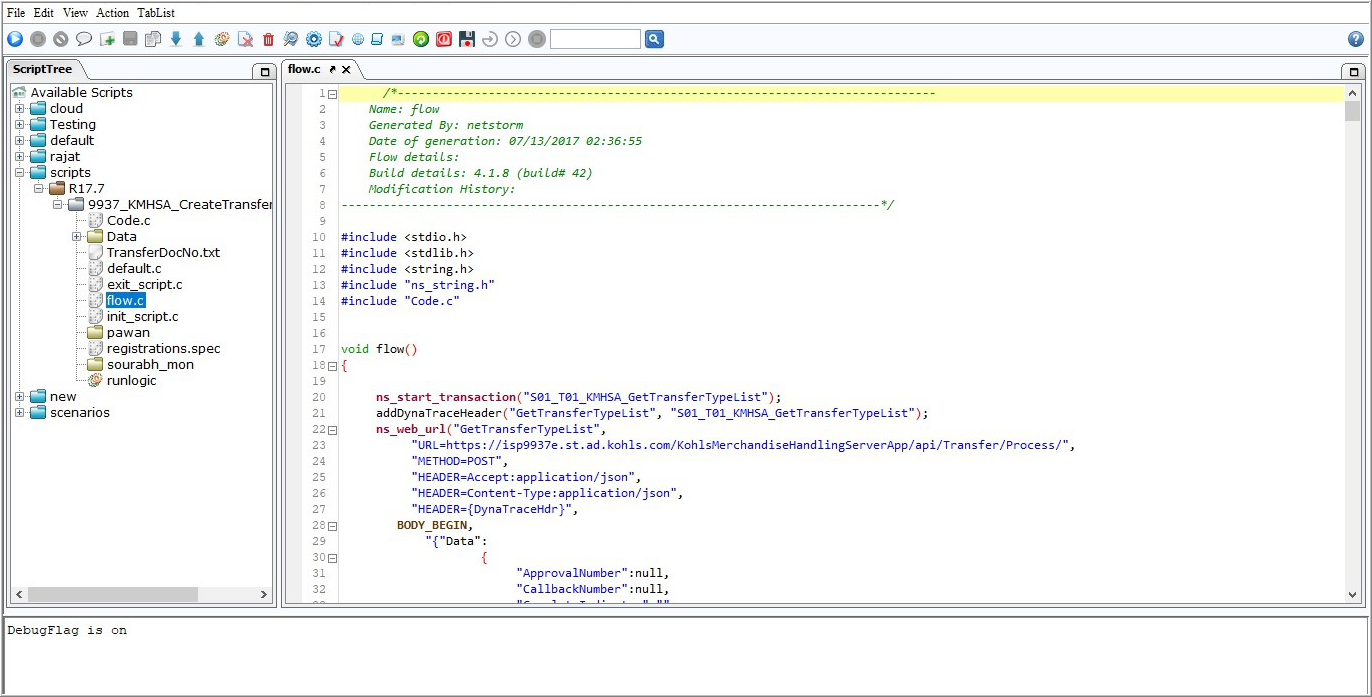 You can also launch the Script Manager by downloading the installer.

3. The ScriptManager.exe file is downloaded within the Downloads folder.

4. Launch the Script Manager by double-clicking the ScriptManager.exe file.

5. Provide the Controller URL (the IP of the machine for which the user needs script manager to be accessed), User Name (username of the machine), and Password (login password) and click Login.

6. After login, the Script Manager window is displayed to the user. 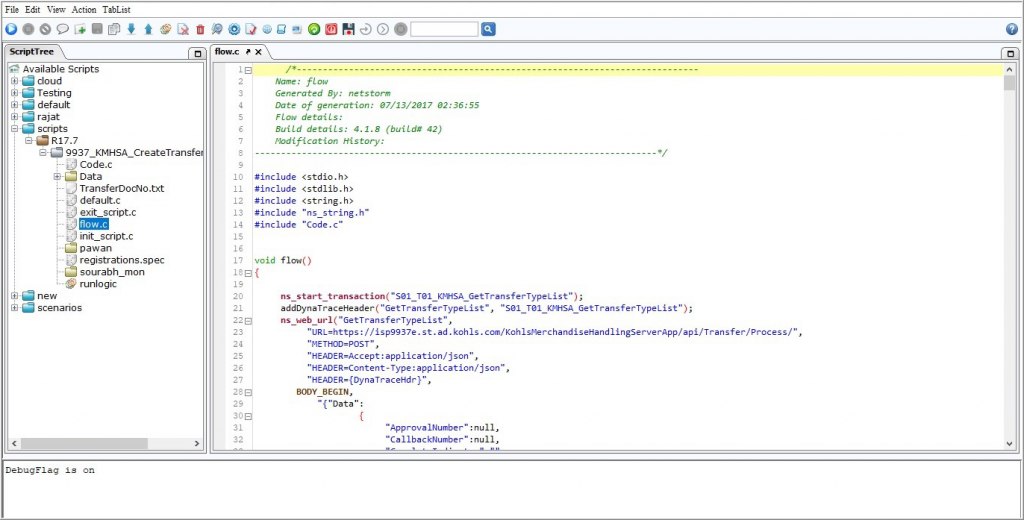 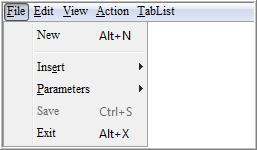 The new option is used to create a new file/directory inside the script.

Insert sub-menu has the following options. 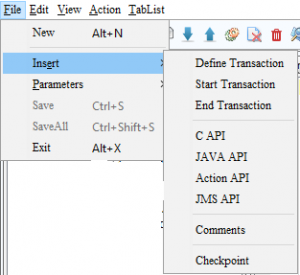 The parameters sub-menu has options for different types of parameters to use            in the Script, they are as follows: 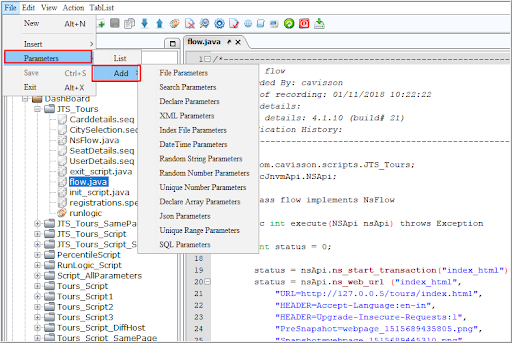 The save option is to save the script after being edited.

The exit option is used to exit from Script Manager GUI. 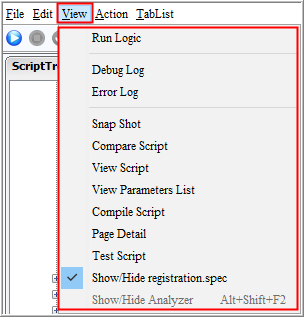 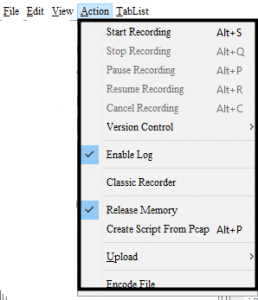 This menu contains the path of the files opened on the right page of the screen. The format is – Project/Subproject/Script/File

This contains a list of icons from where the user can perform the actions.

The left pane contains a list of work profiles, projects, sub-projects, associated scripts, and other files. The following figure shows a sample left pane of the Script Manager GUI: 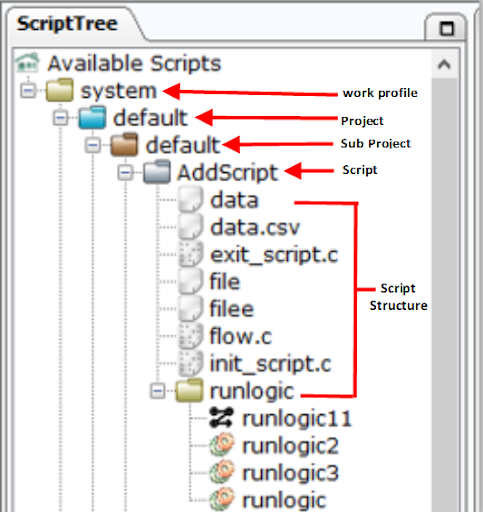 This is also known as the Message panel where the debugging or information messages are displayed. The following figure shows a sample Bottom pane of the Script Manager GUI:

The right panel displays the content of the selected file from the left pane. The following figure shows a sample Right pane of the Script Manager GUI: 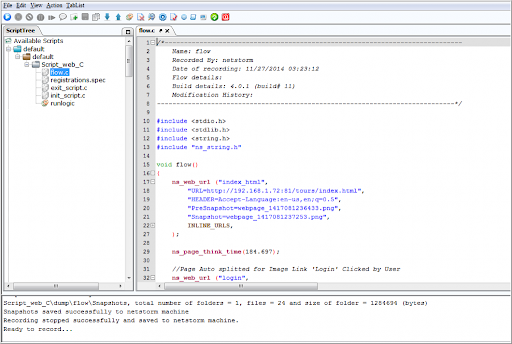