Global settings are those settings which are applied globally across all groups and are not group specific. User can apply following type of settings through Global Settings window of Scenario GUI.

These features are explained in detail below: 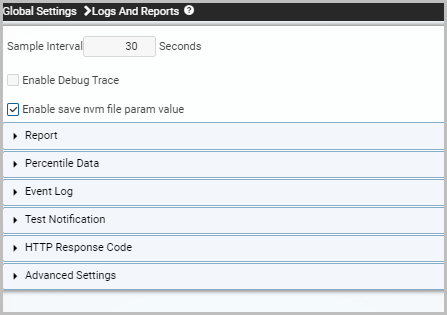 The Logs and Reports setting window has the following options:

A debug trace is required to investigate when a script is not being executed properly.  When enabled, the trace is available to debug following:

On the Dashboard GUI, go to View -> Logs -> Debug Trace Log in the left panel. 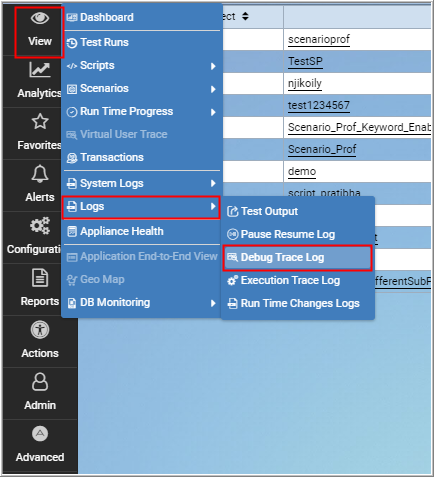 Debug Trace Log is displayed in a window that contains the details of all the user activities. This provides the detailed information on how the Script Test is running.

A percentile is the value of a variable below which a certain percent of observations fall. So, the 20th percentile is the value (or score) below which 20 percent of the observations may be found. This setting is basically used to have the graphical representation of the percentile report in the GUI analysis window. User needs to select the Generate Percentile Data checkbox and specify the duration after which the percentile data is to be generated. On selecting this check box, the Map Percentile Definition File section is enabled with the following options.

User can change the percentile-associated graph from the drop down list according to the requirement.

Note: When the user uses the same PDF for more than one case, NetStorm throws an error while starting the test.

Event log is a log of occurrence or happening of a particular task or program, such as the completion of an asynchronous input/output operation.  A task may wait for an event or any of a set of events or it may (request to) receive asynchronous notification that the event has occurred. User can also filter events based on requirements. To enable event log, select the Enable Event check box.

Here user can perform transaction related settings. There are two sub-sections under this:

This option is used to enable or disable the transaction. It contains following options: 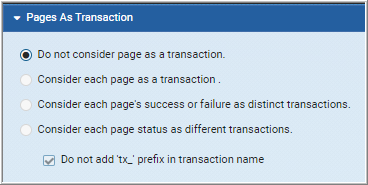 This sub-section contains some advanced settings for transactions.

To setup HTTP settings, click the HTTP tab under the Global Settings section on Scenario Setting window, the HTTP window is displayed. There are two sub-sections within this – URL Encoding and Advanced.

URL encoding is a mechanism of encoding information in a URI.

Secure Sockets Layer (SSL) is the standard security technology for establishing an encrypted link between a web server and a browser. This link ensures that all data passed between the web server and browsers remain private and integral.

Network simulation is a technique where a program models the behavior of a network either by calculating the interaction between the different network entities (hosts/packets, etc.) using mathematical formulas, or actually capturing and playing back observations from a production network.

To enable network simulation, select the Network Simulation check box. There are other options also:

SyncPoint helps to see how a particular transaction of an application responds with loads. SyncPoint instructs VUsers to wait till all VUsers come to a certain point and proceed together.

When enabled, user can configure and apply the SyncPoint settings

By default, ENABLE_SYNC_POINT is disabled i.e. with 0 value. So, SyncPoint setting would not be visible.

In case user selected the Enable SyncPoints Settings checkbox then all other features are displayed.

Specify the maximum time between two VUsers arriving at SyncPoint. It determines the maximum wait time (in seconds) for each VUser to arrive at a Sync Point. After each VUser arrives at the Sync Point, it waits up to timeout for the next VUser to arrive. If the next VUser does not arrive within the timeout, then all the VUsers are released from the Sync Point. Each time a new VUser arrives, the timer is reset to zero.

Specify the group to define the SyncPoint. It can be ALL or any defined group name. Undefined group is ignored with warning.

Specify the type of SyncPoint from the following options:

Specify the name of the object (transaction/page/script/custom) on which SyncPoint is applied.

Either enable (Yes) or disable (No) SyncPoint.

Specify how many percent (%) of users participates in SyncPoint. Default value is 10.

Specify how many users should reach SyncPoint for releasing of SyncPoint. Since SyncPoint can be reached many times, user can provide this for each time using comma separated value. If it is same, then * can be used. But * should be used only once and that too at the end.

Specify all the scripts that are part of SyncPoint. Multiple script names can be provided as comma separated. For example, if page login is part of two scripts CheckoutWithAccount and CheckoutWithCard, then it has both scripts. In case, group is not ALL, then it can be only one script as one group maps to one script only.

There are following options under this section:

No of Virtual Machine(s): Virtual machines are child processes that are created by NetStorm parent process to distribute the load (users/sessions) among them.

There are two fields first one for count and second one to select either Machine or CPU.

(i) CPU: Number of Virtual Machines = Given count x Number of CPUs present in machine

It takes 2 processes on machine. Here, number of processes made is 3, i.e. 2 processes    mentioned and 1 parent process. So that makes it 3 processes.

If user provides this value (assume that the number of CPUs working are 2), then the number of processes that are generated would be 5, i.e. 2 processes per CPU and 1 parent process.

Partition Setting: Using partition settings, user can specify duration of the partitions. It has two options:

Auto scale Cleanup: With this setting, a user can perform auto scale cleanup from UI. A new GDF is created on partition switch and a message is sent to get inactive node to NDC in specified time interval. 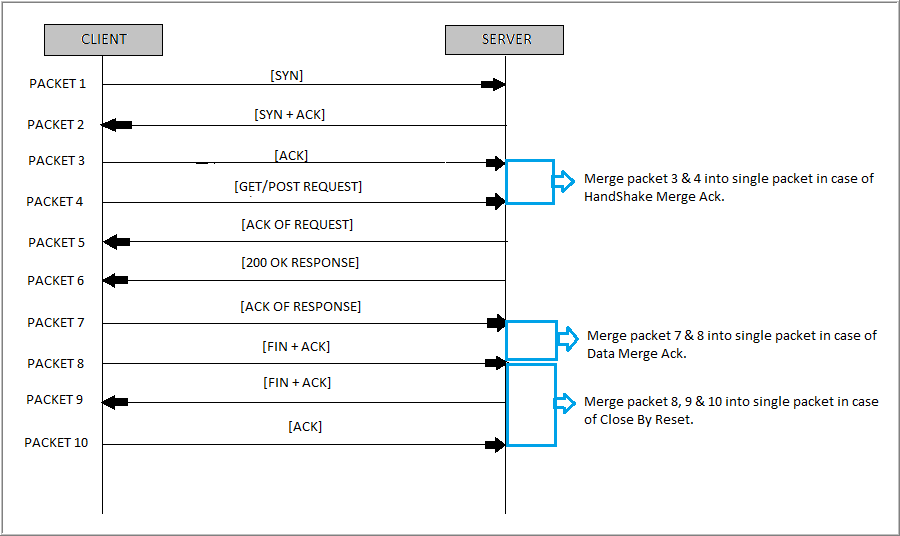 There is another section for configuring user/session distribution over NVMs

There are following options under this section: 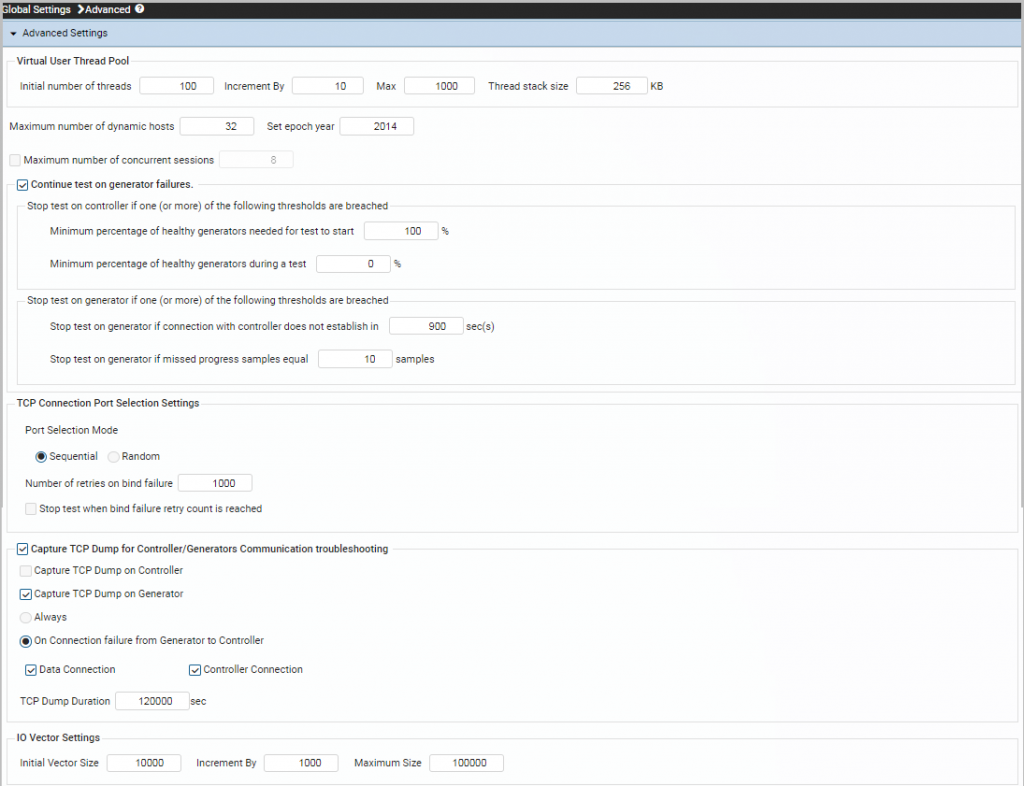 It is a collection of Virtual users where each VUser is considered as a thread. It is used for ramping up/ramping down users as specified in scenario when script is run in thread mode. User needs to provide following inputs

Set CavMon epoch year: Set the epoch year of CavMon. Epoch time is a system for describing instants in time, defined as the number of seconds that have elapsed since 00:00:00 Coordinated Universal Time (UTC), Thursday, 1 January 1970, not counting leap seconds.

Maximum Number of Concurrent Sessions: It defines number of concurrent sessions need to be executed. Only defined number of sessions will run parallel, rest will be in Blocked state.

Continue test on generator failures: By selecting this check box, the user can continue to run the test even if the generators fail to start. These are the following options under this section:

Socket Binding is the process of allocating a Port number to a Socket to address a network within a system.

Mode for Port Selection: Selection of Port is either ‘Sequential’ or ‘Random’ mode. By default, it is Sequential Mode.

Action to be taken on failure: When retry attempts are exhausted, action is taken according to the option applied. Options can be ‘Enable’ or ‘Disable’.

Capture TCP Dump for Controller/Generators Communication troubleshooting: By selecting this check box, the user can capture TCP dump. These are the following options under this section: